I recently received the spring issue of Acorn that includes a new poem of mine. As always, I’m thrilled to be in another issue of Acorn. It’s such a fantastic haiku journal. With thanks to Susan Antolin, here is my contribution:

it’s cancer . . .
the tips of the tall grass
brush my palms

In other news, I feel kinda bad that I wasn’t able to participate in this year’s EarthRise Rolling Haiku Collaboration for International Haiku Poetry Day, but the theme of reconciliation just didn’t spark anything for me. So hopefully next year’s theme will be more inspiring.

The Touchstone Awards for Individual Poems were announced yesterday. I was honored to have a poem on the shortlist, this one which was originally published in Mariposa 35, 2016 (thanks to editor Cherie Hunter Day):

Unfortunately, the Touchstone judges did not select my poem as a winner. Since the Touchstone Awards began, I have been fortunate enough to have had four poems shortlisted, one of which (this one) actually won:

migrating geese–
the things we thought we needed
darken the garage

This haiku can also be found in my award-winning collection from Turtle Light Press, The Deep End of the Sky. 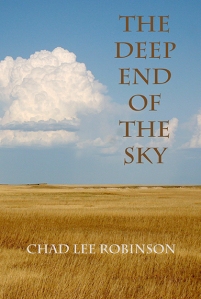 Thanks to the Touchstone judges for shortlisting my poem.

Another edition of Jim Kacian’s Haiku in the Workplace column is up today at The Haiku Foundation, and I am pleased to have a senryu included. This week’s theme is “the team meeting”. Many thanks to Jim Kacian and The Haiku Foundation for including my work yet again. Here is my contribution:

team meeting–
all hands in
the box of donuts

The Haiku Foundation and The Touchstone Award for Individual Poems Committee have announced their shortlist this morning, and I am thrilled to have a poem included. The committee received 660 nominations, which appears to be the most it’s ever received in its seven-year history, and from those chose 29 for the shortlist. Here is mine:

Many thanks to the Touchstone Award for Individual Poems Committee and The Haiku Foundation, as well as to Cherie Hunter Day for this haiku’s original publication in Mariposa. And a big congrats to the other poets on the shortlist. The winners will be announced on April 17, International Haiku Poetry Day!

Today, Saturday, April 1st, kicks off National Poetry Month, 30 days dedicated to celebrating poetry. I hope you will participate at some point during the month, even if only in a small way. You can celebrate in a number of ways, such as by reading a poem a day, or by writing one, or by buying a book of poetry which you could do at your local book shop (the book could even be by a local poet), or by celebrating Poem in Your Pocket Day on April 27 when you can carry a favorite poem with you and share it with family and friends and coworkers. Head over to the website for the Academy of American Poets to read 30 ways you can celebrate National Poetry Month. But let’s not forget the most important day during National Poetry month: International Haiku Poetry Day on April 17th. Click the link to read about ways you can participate in haiku activities near you, courtesy of The Haiku Foundation.

What better way to celebrate National Poetry Month than by announcing the publication of brand new poems. I am pleased to share that I have three new tanka published in the spring/summer issue (#25) of Gusts, the official publication of Tanka Canada. This is my first appearance in Gusts. Many thanks to the editors. Here are two of those tanka:

a song from my youth . . .
on the strength
of old feelings
I bench press
a personal best

in my son’s dream
I am the monster . . .
for everyone else
the day’s darkness
is rain clouds

And if that isn’t exciting enough, I am pleased to announce that Chris Patchel, editor of Frogpond, the journal of the Haiku Society of America, recently accepted two haiku for issue 40.2, Summer 2017. Also, the spring issue of Acorn: a journal of contemporary haiku should be released in April which will include a haiku by yours truly. Many thanks to the editors of these journals.

Follow The Deep End of the Sky on WordPress.com