Another year is almost at an end, and I’m starting to think about what I accomplished this year. But before I write my year in review I have to fill you in on what’s happened since the end of October.

Haikuniverse published another Halloween haiku of mine on Halloween. This is the second year I’ve submitted to their call for Halloween poems. I enjoy writing Halloween poems, and I hope to be able to submit again next year.

Mariposa #37, the journal of the Haiku Poets of Northern California, was published earlier this fall, and I had two new haiku appear in that issue. Thanks to Cherie Hunter Day for publishing my work. Here are both of my poems:

frog song . . .
my son wades in the shallows
of sleep

I recently received a copy of a brand new anthology edited by Scott Mason called The Wonder Code. Scott Mason has written the essays in a way that is welcoming to those new to haiku. So far I have read only the parts of the book where my work appears (I have four poems included). My favorite of these sections is chapter 2, “Come to Your Senses.” This chapter is about how cell phones and other handheld devices are a distraction from real life sensory experiences. I especially liked the Nick Virgilio quote, who said that he wrote haiku “to get in touch with the real.” It’s true what Mason says about people spending too much time in front of a screen. It’s also true that the Internet provides information and access. I live in a small town, hundred of miles from the nearest shopping centers, and I know firsthand how much access the Internet provides. The Internet has always been the place I got my information about the haiku world. And lately I have been questioning my comfort level with how much of me is on the Internet and on social media. Definitely though-provoking material, and I look forward to reading the rest of the anthology. The haiku in this anthology were all pulled from The Heron’s Nest where Mason is an associate editor. The Wonder Code makes for a great companion volume to Nest Feathers, a retrospective anthology of the first 15 years of The Heron’s Nest. The fact that there are now two anthologies available where all the haiku come from the same journal is a testament to the quality of work published in The Heron’s Nest. Many thanks to Scott Mason for including some of my work in such a great anthology.

Speaking of The Heron’s Nest, the December issue was just published today, and I have one haiku included:

Many thanks to Fay Aoyagi and the rest of the editorial team for publishing my work.

All poems above by Chad Lee Robinson 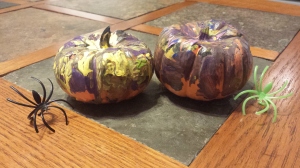 First, Haikuniverse is celebrating Halloween with a selection of 25 themed haiku and other micro-poems culled from over 200 submissions. I am happy to say my submission was chosen for publication:

Second, the newest issue of Mariposa hit my mailbox today, and I have two haiku and a tanka included. Here’s one of the haiku:

first light
the falcon leaps
into its wings

And finally, I am pleased to announce that I will have a haiku in Modern Haiku‘s first issue of 2017.

I am happy to announce that I will have three new poems – two haiku and one tanka – published in the next issue of Mariposa, the journal of the Haiku Poets of Northern California, due out later this fall. Many thanks to editor Cherie Hunter Day!

Turtle Light Press and I are steadily working toward publication of my contest-winning haiku collection The Deep End of the Sky. We finished editing last November, and I had blurbs in-hand by early February. An announcement of the competition results appeared on The Haiku Foundation forums, The Haiku Society of America website, and in the Haiku Poets of Northern California newsletter. I started this blog in January to help promote the book, and I am now on Facebook with a personal profile as well as a writer’s page in order to reach as many people as possible. Three newspaper articles appeared last fall, two in the Pierre Capital Journal and one in the Sioux Falls Argus Leader. Rick Black of Turtle Light Press is nearly finished with the layout and design of the book’s interior, and we have started considering images for the interior as well.

While we don’t yet have a publication date for The Deep End of the Sky, we are still on track for a spring release. It’s getting close!

I am happy to announce that the editor of Mariposa, journal of the Haiku Poets of Northern California, recently accepted a brand new haiku of mine for issue #32, due out this spring.

I will also have a new haiku in the spring issue of Acorn as well as four new haiku in Robert Epstein’s forthcoming anthology about the afterlife. And I mentioned before in my “Home Early” post that my forthcoming collection The Deep End of the Sky will have one previously unpublished haiku in it.

Even though it’s only mid-March, I am behind on my writing goals for the year, but I have some submissions still under consideration. If all goes well with those, I hope to be back on track by this time next month.

Just heard back from A Hundred Gourds, and I will have three new haiku in the June issue!

Follow The Deep End of the Sky on WordPress.com